Got a Gay Husband? 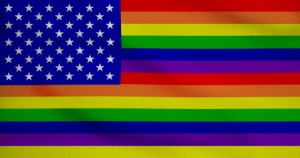 Got a Gay Husband?

A new cable television show called “My Husband’s Not Gay” has people talking about the issues behind the entertainment. Some who have dealt with the difficult issues seen in the show say that it is not an accurate portrayal of the struggles faced by gay husbands and those who love them, but rather a symptom of a serious problem of denial and blame faced by gender-preference outsiders in this culture.

Furthermore, the show’s title is a misnomer, some note. By scientific definition, a man who is sexually attracted to men but maintains an intimate relationship with a wife is bisexual; hence the “B” in LGBT issues (lesbian, gay, bisexual and transgender). Perhaps the show should be renamed to more accurately reflect the situation, some have suggested.

As popular media entertainment often does, though, it seems that the TV show simplifies the issues. In the process, it may encourage continued discrimination toward—and lies about—honest sexual orientation and gender identity.

Denial is Not a River

Until communities stop living in denial of the reality of LGBT existence among them—and begin to teach and practice accurate science-based action about LGBT issues with full love and inclusion—many people will continue to fear and shun those with gender identities or a sexual orientation that is different from what they know.

When Jesus said, “love one another,” the statement did not come with exceptions, limitations or any degree of judgment about the other that is to be loved. It was an absolute directive to give absolute love.

Religions have consistently placed an asterisk after that command. Others outside of a faith, for instance, have been singled out for different treatment in every religion. Others of different appearances or behaviors have been shunned and judged by every religion throughout time. Of course, others in faraway countries believe that they are excluded from that statement, as well as the command from another part of the Bible that says, “thou shalt not kill.”

Exceptions that have built up around simple directives of love from great spiritual guides of past times have led to the building of great walls of intolerance, mistrust, fear and exclusion around our fellow human beings. Those who see all beings on earth as related and connected in a very real and literal sense live as if all life matters. Marriage is allowed to those who love one another and want to be married. Equal rights are accorded to all, regardless of beliefs and appearances.

Society continues to change as the people within it grow and learn more truths about each other and the world. Some react violently to these changes and desperately try to turn back the hands of time—to when prejudices and bigotry were more openly accepted, and those who were different were shunned and shamed in society. Other people take love seriously and work toward a world that understands the differences among people, and are more tolerant of other people and their unique behaviors.

While TV shows are rarely expected to offer a totally honest and literal picture of the world, or even to offer ways to change the world for the better, the trend toward “reality” shows at least creates an expectation that the characters and situations are truthful. When the truth is in need of change, the television should help to further that discussion, not hamper it.