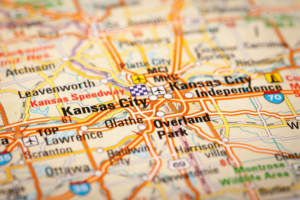 A bill that has been proposed in the state of Missouri claiming to give religious freedom could cause some issues with Kansas City’s economy. The bill, which is similar to other bills popping up throughout the country, would give people the right to deny service to those they felt interfered with their religious beliefs. Of course, one of the main reasons this bill has been introduced is the legalization of same-sex couples. Many people who are religious are against same-sex marriage, so when it comes time to serve a gay couple, they feel conflicted. This can affect many different businesses:

Many people think this is a form of discrimination, as it would have the potential to alienate same-sex couples who simply want to go out and have a good time, just like anyone else. However, the bill does not just have the potential to affect gay couples. Technically, the bill would give businesses the freedom to refuse to serve just about anyone. This could lead to serious problems in the future.


One problem people may not have expected is how this bill, if passed, could affect the economy. Kansas City makes a great deal of revenue hosting major sports events throughout the year. It recently hosted the Big XII NCAA basketball tournament, where fans from all ten teams came to support their teams as they battled for the title. A couple of years ago, the city hosted the MLB’s All-Star game, and it hopes to host it again in the near future. Early next year, the city is to host the U.S. Figure Skating national championships, which last about a week. All of these events significantly boost the city’s economy from revenue derived from ticket prices, merchandise, food, travel, and hotel stays.

Unfortunately, if the bill is passed, Kansas City could lose out on all of these sports events. The NCAA has already started asking questions about what exactly the bill would mean if it’s passed. It wouldn’t be the first time the NCAA has pulled an event from a city because of a religious bill. In addition, the MLB will be less likely to take Kansas City’s bid for hosting an All-Star game very seriously. U.S. Figure Skating is a very gay-friendly event, so participants likely wouldn’t take kindly to finding out that nearby restaurants and other venues had the right to turn away gay couples for no reason other than the fact that they disagree with their lifestyle.

In general, Kansas City is viewed as a very friendly city. It’s close to the middle of the country, and the people there are generally known for their polite, open, and helpful demeanor. What would happen to that reputation if restaurants started putting signs on their doors stating they won’t serve gays? While no restaurant has come out and said it would do that, and it seems unlikely that any would, the fact that the potential exists is enough for some people to want to stay away.

We will have to wait and see whether or not this bill is passed. If it is, it probably won’t be long before sporting events decide to start hosting their events elsewhere. This would be a very difficult thing for the nearby restaurant owners and hotels who depend on that traffic for a great deal of their revenue.