Why You Shouldn’t Rush Into Marriage 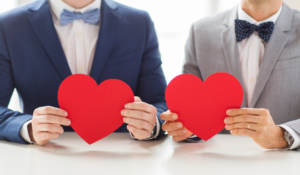 As you know, same-sex marriage is now legal nationwide. This has been a huge step in the right direction for those who support LGBT rights, though it hasn’t come without bumps in the road. If you are gay, then you were probably thrilled to hear about the news, and if you are in a committed relationship, you may have been tempted to rush to the county clerk’s office to get your marriage certificate. However, just because you can legally get married doesn’t mean you should. A marriage takes a great deal of commitment, and it’s meant to last for life. There are many things you should take into consideration before making the decision on whether or not you should marry your partner.

In general, it’s best if you have been in a relationship with this person for an extended period of time. Sure, there are some couples who knew each other only a few weeks before having a successful marriage, and those who knew each other for a long time before getting married and wound up divorced. Still, the longer you are together, the more you will know about each other. It’s easier to see whether or not a person is the one you are meant to spend the rest of your life with when you have been with him or her for a long time. It gives you a chance to get out of the so-called honeymoon phase, which happens at the beginning on the relationship (and appears to repeat itself to an extent the first few months after getting married).

You Agree on the Important Stuff

There are things the two of you are going to need to agree on. For example, if one of you is completely opposed to having children while the other wants nothing more than to be a parent, this may not be a relationship that ends in marriage. For another thing, knowing how the finances are going to be handled and how responsibilities are going to be split in the relationship should be figured out before you get married. Same-sex couples don’t have the traditional gender roles to fall back on, which can be a blessing and a curse.

Marriage is something you don’t want to jump into. Being prepared can ensure that you have a marriage that lasts a lifetime.