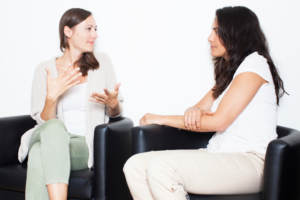 Getting married to the love of your life can be one of the most wonderful experiences of your life, and now with the legalization of same-sex marriage, it is finally possible for the thousands of couples who had previously been denied this right. Many same-sex couples headed straight to the county clerk’s office to get married and have been happily married ever since. However, there are many couples who have likely experienced some marital strife since then. This isn’t surprising, considering how difficult it can be to merge two lives into one. Both of you had different habits and perhaps different lifestyles, so adapting can be a challenge. Give it time, and many of the issues may resolve themselves.

There may also be times when marital therapy can be helpful. Just like heterosexual couples, many same-sex couples could benefit from going through some counseling. While many may see this as a last resort or as something to only consider if you are on the brink of divorce, this isn’t the case. Getting into marriage counseling sooner rather than later may help prevent problems from becoming worse. While both heterosexual couples and homosexual couples may need counseling, there can be a few extra issues for same-sex couples that opposite sex couples may not experience.

In traditional marriage, it is pretty easy to determine who the man is and who the woman is. While there can be some differing opinions on what a man’s role and woman’s role is in the house, it is generally not as difficult for opposite sex couples as it is same-sex couples. When there are two men in a relationship or two women in a relationship, it isn’t as easy to decide who does what. Things can become especially complicated when thinking about the stereotypical role given to men and women. Some people believe men are more literal while women are more emotional. While that isn’t true in every case, it can be true for many people. What does that mean when there are two of you under the same roof? Things get even more complicated when you have taken on a role that is the opposite of your gender. If your significant other has done the same, then you have some things to work through. Working with a professional who is trained in marriage counseling can help you both come to understand and respect each other in a whole new light.

Many couples have the dream of starting a family as soon as they are married. For heterosexual couples, this can be a much easier process. For a same-sex couple, it is impossible without some outside help. This means in addition to deciding how many children you would like, you also have to decide how you are going to have your children. There are a few things to discuss:

Determining these things can be difficult, so discussing it in front of a counselor can help you come to a resolution without any issues.

Unfortunately, same-sex couples still deal with a wide range of discrimination. This can be straining on a marriage. Seeing a counselor can help you figure out ways to get through the discrimination you may experience, so you have a healthier way of handling it. This can help keep you from taking it out on each other, which can help prevent issues.

Same-sex marriage couples may face some unique issues, but thankfully, they are all things that can be handled with some discussion and marital counseling.