How to Accept Gay Marriage 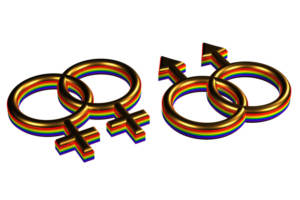 As you already know, the Supreme Court legalized same-sex marriage in June of last year, and it is now legal for same-sex couples to get marred in all 50 states. While this was mostly met with happiness in joy, there were people who were not happy with the decision. Many of these people are religious and believe same-sex marriage is not okay. If you are one of those people, you may have struggled with the decision that was made. However, it’s important to realize that whether you like it or not, gay marriage is here to stay. Here are some ways you can accept it.

Don’t Force Your Beliefs on Them

Most same-sex couples probably don’t believe the same things you do. That doesn’t mean they can’t be the same religion; there are actually lots of same-sex couples who consider themselves Christians. However, they probably don’t agree with you that same-sex marriage is wrong. It likely comes down to you both interpreting the Bible differently. Even if they aren’t religious, you can’t force your religious beliefs on them, just like they can’t force their beliefs on you. You aren’t going to change their minds, and being hateful about it isn’t going to do anything productive.

See It From Their Perspective

It may be difficult, but try to see things from their side for a minute. What if you fell in love with someone, but it was illegal to marry them? That wouldn’t change your feelings for the person. Even if you were in a state you could legally marry in, you would likely have to deal with a lot of opposition. It’s a very difficult situation to be in. Those who were in same-sex relationships just wanted the same freedoms you already have. Try to remember that next time you are tempted to judge.

It’s okay for you to disagree with same-sex marriage. You have your beliefs and no one can take that away from you. After all, religious freedom is part of what makes America so great. There are probably other lifestyles you disagree with as well, but that doesn’t mean you need to say anything. In fact, the Bible says not to judge. Don’t hurl your judgement on someone, but simply remember it’s okay to agree to disagree.

Talk to a Gay Person

Perhaps you are close with a person who is gay. Ask if you can pick his or her brain and find out more about what led to him or her to realizing he or she was gay. This can help you see things better from the perspective of a gay person, which can help you learn to accept them.

Focus on Your Similarities

If you have a friend or family member who is gay, then try to focus on your similarities instead of your differences. You likely have some things in common. It shouldn’t be too hard to focus on those things. Remember that you are close with this person for a reason. A person’s sexual orientation should not be a reason to stop talking to them.

You should never attack someone because of their beliefs. After all, you would not want someone to do that to you. Avoid comments that come across as offensive. This can make others uncomfortable, and you aren’t going to change their mind. It’s okay if the person knows you disagree with them, but there’s never room for hate or attacks.

Accepting that marriage is no longer just between a man and a woman is difficult for some people to accept. However, it’s important to remember that:

Over time, you will likely grow to accept same-sex marriage. In the meantime, try not to cause any problems and keep your judgements to yourself.