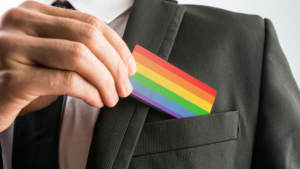 Recently, there has been quite a stir in the United States in relation to LGBT rights. While many positive changes took place under the guidance of the previous administration, the current team in charge has left almost everyone worried. Many members of the LGBT community have expressed concerns over whether they will be losing rights only recently won, like the right to marry. While these fears are not entirely unjustified, it is somewhat unlikely that these rights will be stripped. Still, it does beg the question of whether new rights will be granted.

Workplace discrimination is nothing new for members of the LGBT community. Most people have experienced some level of discrimination when it comes to work, though these scenarios often vary in regards to severity. For some, it is as simple as overhearing co-workers make inappropriate comments about two men kissing being “gross.” Others, unfortunately, have been discriminated against in a much more serious way. Refusing to hire someone based on sexuality seems wrong, but there is not yet an official law on the books. While this can seem surprising to some, it’s a reality others understand all too well.

One of the most important aspects of being alive is having a job that fulfills you while simultaneously providing you with enough income to make a living. You and your partner most likely work in fields where you feel somewhat satisfied. Unfortunately, there has been no official law on a federal level preventing an employer from firing you based on your sexuality. This means it is entirely possible for you or your partner to be let go without warning. Losing your job is never easy, but it is incredibly infuriating to lose your job for such hateful and arbitrary reasons.

The lack of protection has led many members of the LGBT community to remain somewhat silent about their personal lives. This is usually true in smaller communities located in states where there is less LGBT representation. You can expect more protections in places like New York, Philadelphia, San Francisco, and other big cities. Still, it is not right for anyone in the country to face losing a job because of sexual orientation. Hiding one’s sexuality at work can lead to all kinds of inner troubles.

Though looking at the current lack of protections can seem bleak, there are a few reasons to have hope. Dedicated people across the country have worked tirelessly to change the laws and make sure people are protected regardless of their sexuality. The Equality Act was introduced in 2015. Essentially, this is a bill that would prohibit workplace discrimination based on sexuality as well as gender identity. Sadly, this bill has not been passed yet due to constant fighting from traditionalists who refuse to acknowledge members of the LGBT community are human beings who deserve protection under the law.

While it can be frustrating to have a common-sense bill met with such staunch opposition, there is a bit of light on the horizon. Recently, the Seventh Circuit courts had to take a look at a case where a college professor was consistently denied tenure on the basis of her sexuality. When this case reached the higher courts, a lot of attention was paid to the Civil Rights Act of 1964. This act protects people from workplace discrimination based on sex. Judges ruled the language of this bill included protections for gays, lesbians, and bisexuals.

There is still a long way to go before all members of the LGBT community can feel safe under the protections of the law. Until then, it is important for everyone to speak out and take action. This will help to create a brighter tomorrow for all.