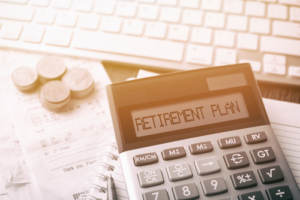 It’s well-known how the Obergefell v. Hodges Supreme Court decision made marriage equality legal. At the same time, it also changed the financial landscape for LGBTQ couples. Even with these new developments, queer and transgender individuals still struggle financially. In particular, LGBTQ people of all ages encounter unique challenges in retirement planning.

Is the traditional idea of retirement dying out? Older workers usually held one or two steady jobs until age 65. After they stopped working, they drew income from pensions or investments. However, that picture is changing for many younger adults.

Bankrate’s Kelly Anne Smith explains that those under 35 are seeing the most difficulties. She reports that only one-third of millennials have saved money for retirement. Several factors have reduced their ability to develop retirement plans:

Some are able to contribute to employer-sponsored 401(k) and 403(b) plans. Meanwhile, workers in the gig economy may turn to traditional savings or IRA accounts. Even so, those who have put away funds don’t feel as if they’ve made a dent in reaching their goals. A Prudential survey revealed that 70 percent of millennials aren’t able to save enough to have 80 percent of their pre-retirement income in retirement. Moreover, most expect that they’ll need to work longer than their older counterparts.

Thompson points to discrimination and inconsistent legal protections as driving factors. Both lead to income inequities and job insecurity. Understandably, both impact LGBTQ individuals’ ability to save for retirement.

Fears About the Future

It’s wise not to draw hard-and-fast conclusions, but it’s safe to say that both populations worry about future stability. They face factors like stagnant wages, rising living costs, growing debt, and higher health care expenses. Not only that, economic and legal insecurities bring more uncertainty. LGBTQ individuals deal with shifting laws that could take away their rights. The erosion of economic and social nets threatens everyone, especially younger adults and marginalized groups.

With these realities, planning for retirement can be very difficult. Despite such challenges, Thompson remains hopeful. While addressing social and economic barriers is still critical, resources and experts exist to help people navigate financial issues. Brian Thompson Financial publishes a regular advice blog on money topics, and other options include NerdWallet’s LGBTQ Financial Planning Guide. AARP’s guide for LGBTQ retirement planning also illustrates common pitfalls and ways to combat them.

Complex Issues With No Easy Solutions

Retirement remains an important issue for many LGBTQ individuals. Yet they also encounter challenges in saving needed funds to survive and thrive into old age. As a result, individuals find themselves torn between saving money for the future and living comfortably in the present. While smart advice and resources are available to help, economic uncertainties and discrimination continue to be chief concerns that impact LGBTQ people’s futures.